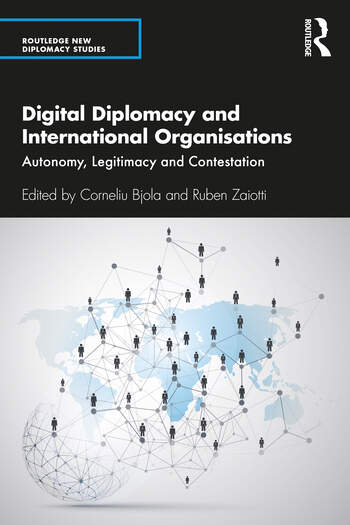 This book examines how international organisations (IOs) have struggled to adapt to the digital age, and with social media in particular.

The global spread of new digital communication technologies has profoundly transformed the way organisations operate and interact with the outside world. This edited volume explores the impact of digital technologies, with a focus on social media, for one of the major actors in international affairs, namely IOs. To examine the peculiar dynamics characterising the IO–digital nexus, the volume relies on theoretical insights drawn from the disciplines of International Relations, Diplomatic Studies, Media, and Communication Studies, as well as from Organisation Studies. The volume maps the evolution of IOs’ “digital universe” and examines the impact of digital technologies on issues of organisational autonomy, legitimacy, and contestation.

The extension of border controls beyond a country’s territory to regulate the flows of migrants before they arrive has become a popular and highly controversial policy practice. Today, remote control policies are more visible, complex and widespread than ever before, raising various ethical, political and legal issues for the governments promoting them.

The book examines the externalization of migration control from an interdisciplinary and comparative perspective, focusing on ‘remote control’ initiatives in Europe and North America, with contributions from the fields of politics, sociology, law, geography, anthropology, and history. This book uses empirically rich analyses and compelling theoretical insights to trace the evolution of ‘remote control’ initiatives and assesses their impact and policy implications. It also explores competing theoretical models that might explain their emergence and diffusion. Individual chapters tackle some of the most puzzling questions underlying remote control policies, such as the reasons why governments adopt these policies and what might be their impact on migrants and other actors involved. 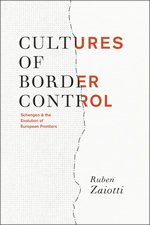 CULTURES OF BORDER CONTROL: SCHENGEN AND THE EVOLUTION OF EUROPEAN FRONTIERS

In recent years, a number of European countries abolished national border controls in favor of Europe’s external frontiers. In doing so, they challenged long-established conceptions of sovereignty, territoriality, and security in world affairs. Setting forth a new analytic framework informed by constructivism and pragmatism, this book traces the transformation of underlying assumptions and cultural practices guiding European policymakers and postnational Europe, shedding light on current trends characterizing its politics and relations with others. Cultures of border control also includes a comparison to developments in North America, where the United States has pursued more restrictive border control strategies since 9/11. 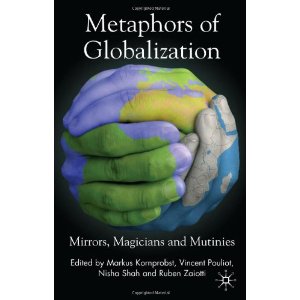 ‘Global village’. ‘Empire’. ‘Global Marketplace’. ‘Network Society’. These metaphors have become so deeply entrenched in discussions of globalization that it is impossible to understand the globalizing world without them. But, how specifically do these metaphors help us make sense of globalization? Metaphors of Globalizationinquires into the power and politics of metaphors in the making of our globalizing era.
By examining globalization via an analysis of metaphors, this groundbreaking volume sheds new light on an overlooked dimension of global politics, redresses outdated understandings and conceptualizations, and provides a critical analysis of existing approaches to the study of globalization. The contributors provides an interdisciplinary approach, with case studies in global finance, global governance, literary theory, political theory, anthropology and sociology.